Meet Our Family of Companies
Our site uses cookies to improve your visitor experience. By browsing our website, you agree to the use of cookies and agree to our privacy policy.
After years spent carefully plotting the financial consequences of retirement, don’t let Social Security benefit taxation catch you off guard. Awareness of the issues and options can make all the difference.
By Mark E. Caner, MBA, AEP, ChFC, CLU, CFP® July 23, 2021
Retirement
Share:

Ask retirees what has surprised them about retirement and you can expect responses such as those.

What goes unmentioned though may be a surprise that comes at tax time. It is the discovery that, for the majority of recipients, taxes are owed on Social Security benefits.

Originally, Social Security payments were tax-free to all retirees. Over time, however, “means” testing was introduced. It now renders those payments into federally taxable income for most recipients.

What is new news to some recent retirees is old news to the IRS. Regardless, the good news is clients can consider measures to ease the tax bite on their Social Security benefits.

Tax Treatment Through the Years1

Back in 1937, when the first retirement checks were issued, Social Security benefits were excluded from a recipient’s gross income. That benign tax treatment continued for more than four decades.

Beginning in 1984 however, as mandated by the Social Security Amendments of 1983, a portion of Social Security benefits for certain individuals became subject to federal income taxes.

Washington acted in response to the work of the National Commission on Social Security Reform. Charged with studying the program’s long-range financing problems, the Commission issued a series of recommendations. Among them was “Inclusion of up to 50 percent of Social Security benefits in the taxable income of higher-income beneficiaries” (emphasis mine).

But the income ranges that determine Social Security taxation were established in those years. Today, decades later, those thresholds have never been adjusted for inflation. Recall, the original intent was to tax the benefits of only “higher-income” beneficiaries. However, no provision then was made for indexing the earnings amounts and no legislation since has updated them.

As a result, according to the Social Security Administration2:

Taxable interest counts as provisional income. That means interest from a currently taxed vehicle, such as a Certificate of Deposit, may, in turn, be subjecting more of a Social Security recipient’s benefit to taxation. If your client doesn’t need that income to meet current expenses, one alternative could be repositioning to a deferred annuity. Doing so could help reduce provisional income – and taxes due – in the meantime. For instance, earnings left to grow tax-deferred in an annuity aren’t counted in provisional income until received.

Convert to a Roth IRA

Distributions from a traditional IRA count as provisional income. Qualified distributions from a Roth IRA are received tax-free and do not. Timing and taxation are essential considerations in weighing this approach as it requires paying taxes sooner rather than later. Converted amounts count as taxable income in the year they are converted. So a client who is already receiving Social Security benefits would affect their benefit taxability, as well as their overall tax obligation, that one year. However, in future years, distributions received from the Roth would neither count toward provisional income nor be taxed. This approach may hold greater appeal for someone who has not yet begun to take Social Security benefits. Roth conversions can be done in partial amounts over a period of years so as to help mitigate their overall tax impact.

A third strategy could be for your client to delay the start of their Social Security benefit past their Full Retirement Age (FRA). Depending on their birth year, a client’s FRA ranges from 65 to 67 (for those born in 1960 and after). Each year that they delay their benefit past their FRA will increase its amount by 8 percent, up until age 705. The increased benefit is locked in for the rest of the client’s and surviving spouse’s lives. Delaying benefits likewise delays their taxation. Ultimately, the client may have less earned income at the later date. And one way to help manage and secure the retirement income gap while they delay taking their Social Security benefit is to consider an immediate annuity for guaranteed fixed monthly payouts in the interim.

The loss of one Social Security retirement benefit at a spouse’s death can significantly reduce the total household income and with it the taxes owed. Unfortunately, the reduced income can leave the surviving spouse challenged to maintain the same standard of living. Purchasing life insurance on both spouses to replace some or all of the reduction in household income upon the death of either spouse may be a wise strategy. Death benefit proceeds are generally received tax-free and will not increase provisional income. Annuitizing the proceeds with a lifetime payout option guarantees an income stream will continue for as long as the surviving spouse lives and the tax-free proceeds will be recovered pro rata over the surviving spouse’s lifetime, i.e., the majority of each payment will be a tax-free return of the death proceeds and will not increase the amount of provisional income for the surviving spouse.

Help in getting a handle on Social Security taxation is available from the IRS. Worksheets in IRS Publication 915, available at IRS.gov, can help a client determine their tax liability. In addition, clients already claiming a Social Security benefit receive an SSA-1099 that shows their total benefits for the year. The form also includes a worksheet to help calculate if any of the benefits are taxable.

Forewarned is forearmed.  After years spent carefully plotting the financial consequences of retirement, don’t let Social Security benefit taxation catch clients off guard. Awareness of the issues and options can make all the difference. Some timely planning can help clients pursue their goals for a comfortable, secure retirement lifestyle that they have worked hard to attain.

Information provided is general and educational in nature. It is not intended to be, and should not be construed as legal or tax advice. W&S Financial Group Distributors, Inc. (“the Company”) does not provide legal or tax advice. Laws of a specific state or laws relevant to a particular situation may affect the applicability, accuracy, or completeness of this information. Federal and state laws and regulations are complex and are subject to change. Consult an attorney or tax advisor regarding your specific legal or tax situation. 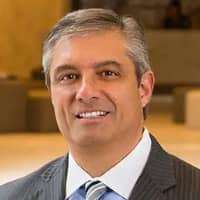 President
Mark is responsible for leading four sales channels. In addition, he has responsibility for relationship management, marketing, product development, and sales support.
at