Meet Our Family of Companies
Our site uses cookies to improve your visitor experience. By browsing our website, you agree to the use of cookies and agree to our privacy policy.
Explore timely insights on U.S. vs. developed markets. We evaluate historical data and statistical relationships to identify drivers or signals as of November 30, 2019.
By Richard "Crit" Thomas, CFA, CAIA January 17, 2020
International Equities
Share:

Investing in developed international stocks has historically provided investors with:

Conclusion: We remain at an equal weighted stance. MSCI EAFE Index valuations look very attractive relative to the S&P 500® and we are looking for an opportunity to move to an overweight. The significant amount of monetary stimulus seen around the globe and potential trade resolutions are likely to help the relative fundamentals. At this time we are waiting for signs of economic traction from the monetary stimulus and greater certainty with respect to trade before upgrading.

Our views on Developed Markets are based on historical relative valuations, relative earnings prospects vs. the S&P 500 Index, and monetary policy. 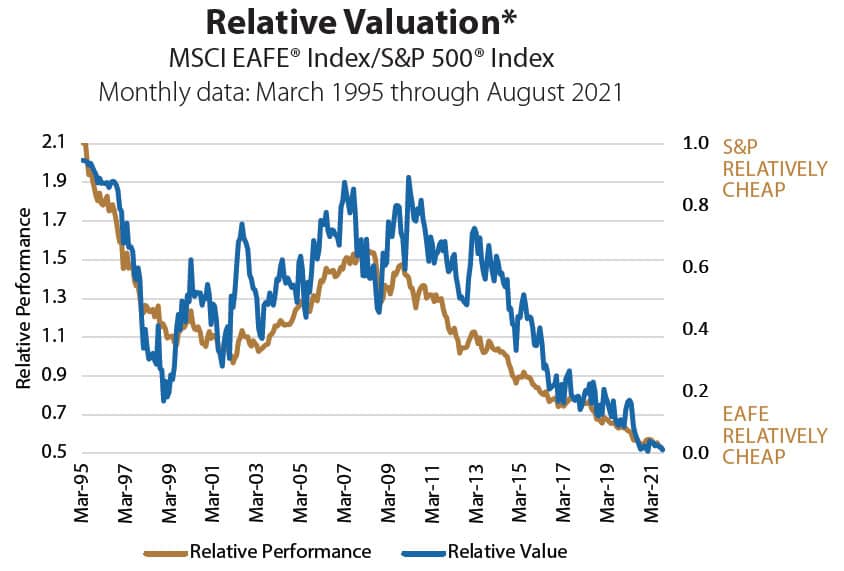 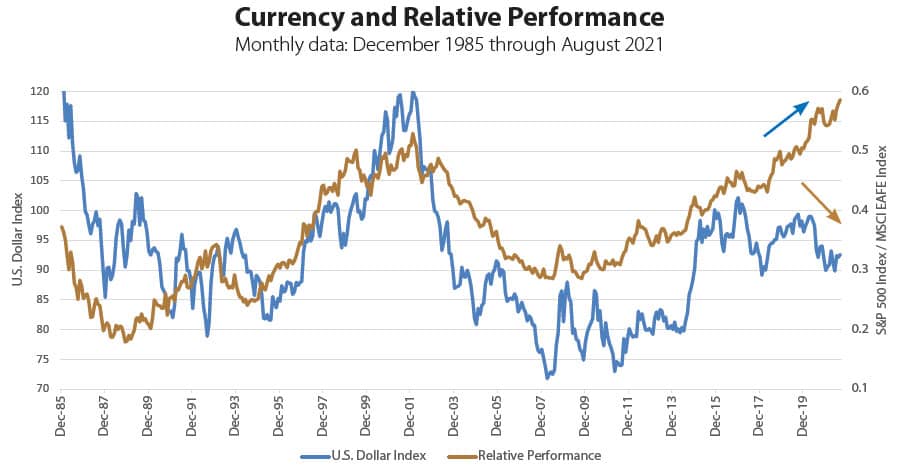 Bank assets represent the sum of banking balance sheet assets within an economy (including private or commercial banks, central banks or both). The year/year growth in these assets is representative of money creation and contraction within the economy. The picture is not fully representative of the economy as it excludes non-bank financial institutions (i.e., shadow banks).

Seeking an Active Investment Manager? Focus on These 5 Factors