Meet Our Family of Companies
Our site uses cookies to improve your visitor experience. By browsing our website, you agree to the use of cookies and agree to our privacy policy.
Explore timely insights on interest rate risk. We evaluate historical data and statistical relationships to identify drivers or signals as of November 30, 2019.
By Richard "Crit" Thomas, CFA, CAIA January 17, 2020
Income Investing
Share:

Conclusion: Our analysis suggests structural supply and demand forces (of more savings than investment) are behind the current low rate environment. We do not anticipate these structural issues to completely resolve themselves in the next three to five years. In the near-term, we see upside risk to interest rates due to the massive wave of global monetary stimulus put in place during 2019 coupled with the U.S. Federal Reserve Board (Fed) signaling that they may let inflation run above its 2% target. Longer term, we expect the 10-year Treasury yield to remain in a range of 1.5% to 3.0% (assuming no recession).

Our views on Interest Rates are based on measures of monetary policy, supply and demand, as well as historical returns and duration. 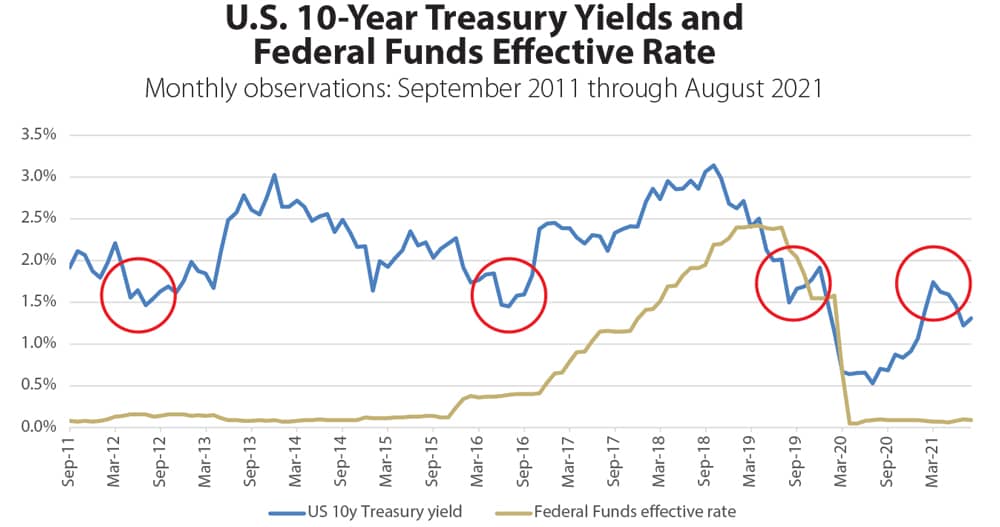 Supply refers to lending and is represented by savings and investments. Excess supply puts downward pressure on interest rates.

Demand refers to borrowing (or investment). Excess demand puts upward pressure on interest rates, while insufficient demand puts downward pressure on interest rates. Total debt growth began to outpace gross domestic product (GDP) growth starting in late 2015. Both Business and Federal borrowing have been the drivers of this growth, while Consumer borrowing continues to shrink as a percent of GDP.

Given that the Bloomberg Barclays U.S. Aggregate Index typically has a duration of around five years, its current yield has historically tended to be a reasonable estimate for the total return of the index over the next five years. Touchstone uses this model in developing its asset class return outlook for core fixed income. 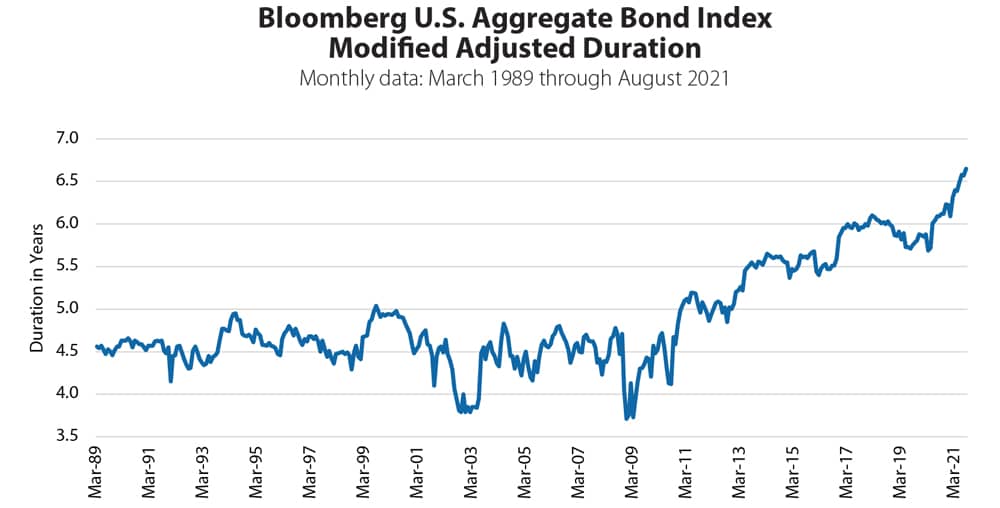 Duration is a measure of a bond’s price sensitivity to changes in interest rates. As duration rises, bonds become more sensitive to changes in interest rates. The duration risk for the Bloomberg Barclays U.S. Aggregate Bond Index is near its all-time high. Duration had moved down earlier this year due to mortgage-backed securities (MBS). As interest rates fall, mortgage holders are expected to refinance in greater numbers. This assumption of a higher rate of mortgage refinancing means that investors will see their money returned more quickly, which lowers duration. 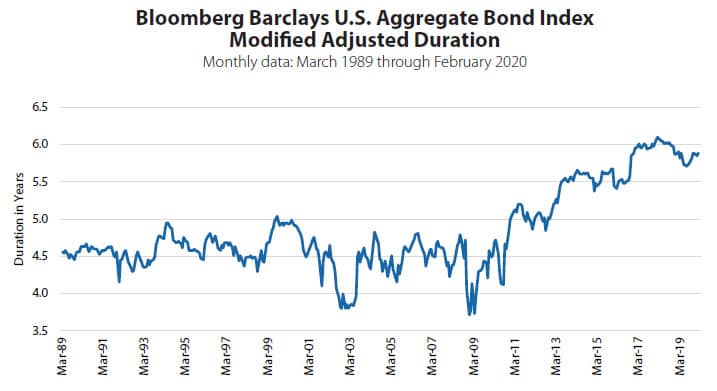