Meet Our Family of Companies
Our site uses cookies to improve your visitor experience. By browsing our website, you agree to the use of cookies and agree to our privacy policy.
Explore timely insights on U.S. vs. emerging markets. We evaluate historical data and statistical relationships to identify drivers or signals as of November 30, 2019.
By Richard "Crit" Thomas, CFA, CAIA January 17, 2020
International Equities
Share:

Conclusion: Emerging Markets have struggled relative to the S&P 500® in 2019. Much of the underperformance can be attributed to relative earnings underperformance, due to direct and indirect pressures from the tariff war between the U.S. and China. At the time of this writing, both sides have agreed in principal to a “phase one” trade deal, though it has not formally been signed. While the details of the deal remain unclear, we believe it is an important step in turning the tide for this tariff war. We believe this deal combined with significant monetary stimulus put in place by most emerging countries brightens the relative earnings outlook. 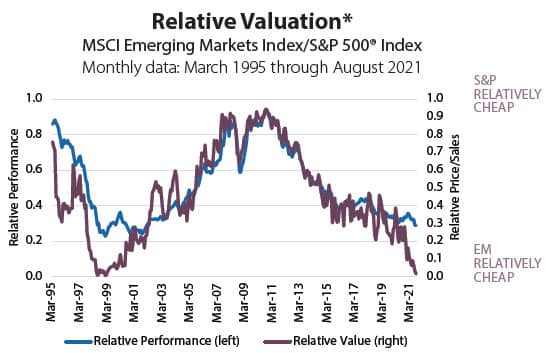 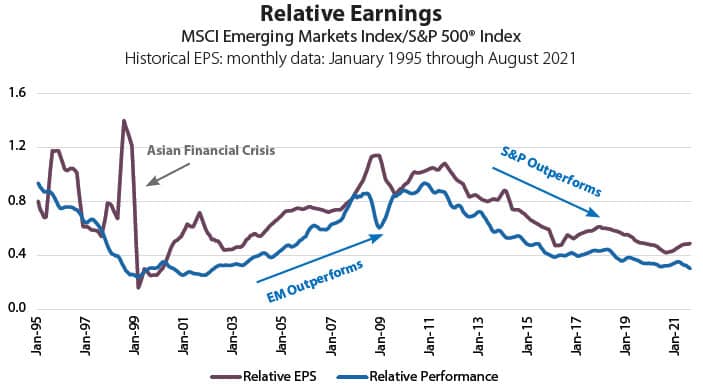 Source: MSCI
*Normalization adjusts or rescales the values of different time series to a notionally common scale to allow for comparability. 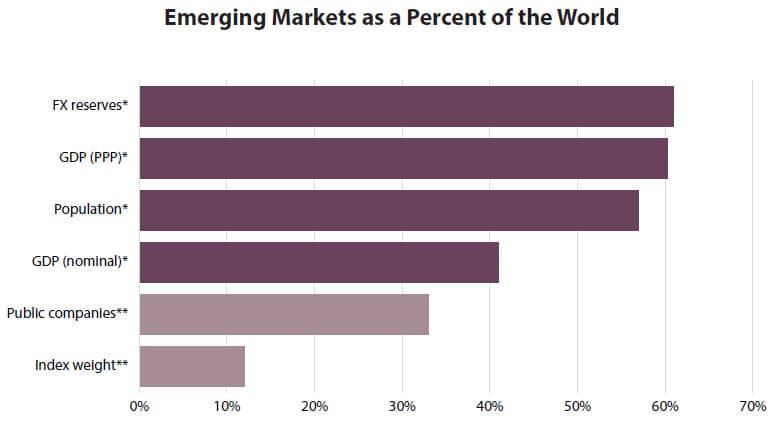 Emerging Markets equities are under represented in a global context given their relative size by other measures.

The Unique Positioning of Mid-Cap Investing