Meet Our Family of Companies
Our site uses cookies to improve your visitor experience. By browsing our website, you agree to the use of cookies and agree to our privacy policy.
Joe Biden intends to unwind key provisions of the Tax Cuts & Jobs Act to finance new initiatives as promised during his campaign. Surprisingly, thus far, the stock market has not reacted even though Republicans have decried the proposal and polls show Biden with a decisive lead. This article explains why.
By Nick Sargen August 28, 2020
Markets Policy
Share:
The 2020 elections are being cast as a referendum on President Trump’s handling of the COVID-19 pandemic. However, policies that impact the economy and markets are also at stake.

Four years ago, Trump’s surprise victory unleashed “animal spirits” as investors believed tax cuts and deregulation would restore growth of 3% per annum. The centerpiece of the Republican agenda was the Tax Cuts and Jobs Act (TCJA). It was designed to boost business investment by lowering the U.S. corporate tax rate from 35% to 21% and allowing companies to repatriate overseas profits at a lower rate temporarily.

Joe Biden’s agenda today is vastly different. It seeks to redress disparities in income between the rich and middle-lower income households while expanding the social safety net. His plan includes a $2 trillion program for green infrastructure and energy.

To finance these initiatives Biden intends to unwind key provisions of the TCJA by raising the corporate tax rate on domestic income to 28% and doubling the minimum tax on profits earned abroad. Taxes on personal income for those earning more than $400,000 would also be raised with the top 1% paying three-quarters of the tax hike.

According to the Tax Policy Center, Biden’s proposal would raise taxes by nearly $4 trillion over ten years (1.4% of GDP) with the revenues evenly divided between corporations and high-income households. Goldman Sachs estimates it will reduce S&P 500 EPS by 12% in 2021; thereafter, the EPS growth trajectory is unaltered.

Thus far, the stock market has not reacted even though Republicans have decried the proposal and polls show Biden with a decisive lead.

This begs the question: Why have firms been reluctant to invest over the past decade when there was a record economic expansion, low interest rates and a tax cut to boot? 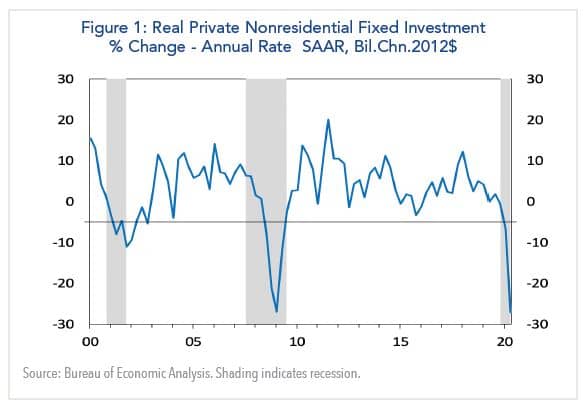 My take is U.S. businesses responded rationally to the 2008 financial crisis.  They realized it was very different from prior recessions and were cautious about ramping up capital spending when recovery took hold. Rather, they expanded hiring over time, viewing wages as a variable cost, while utilizing the existing capital stock more intensively.

Thereafter, capex slowed in 2015 amid plummeting oil prices but recovered in 2017 in anticipation of passage of the TCJA. However, the impact proved fleeting, as business scrapped spending plans in 2018-19 due to heightened uncertainty from the U.S.-China trade conflict. Instead, mainstream businesses used the savings for share buybacks and dividends. 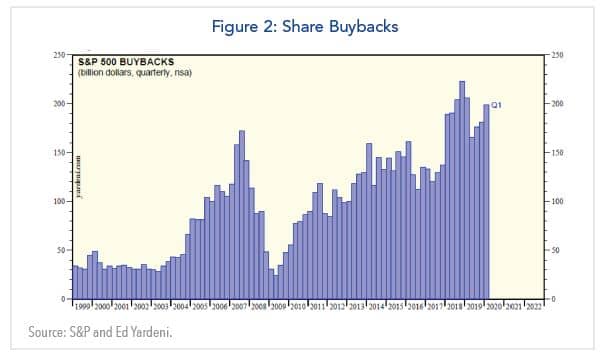 The key area for business investment has been intellectual property as evinced by tech giants such as Microsoft and so-called FAANGs that have benefited from ramped up internet usage. Collectively, the five largest companies now account for 22% of the S&P 500 market capitalization. However, their success has little to do with the TCJA, as the tax rates they pay are well below the average corporate rate. This is a bone of contention now both in the U.S. and the EU. 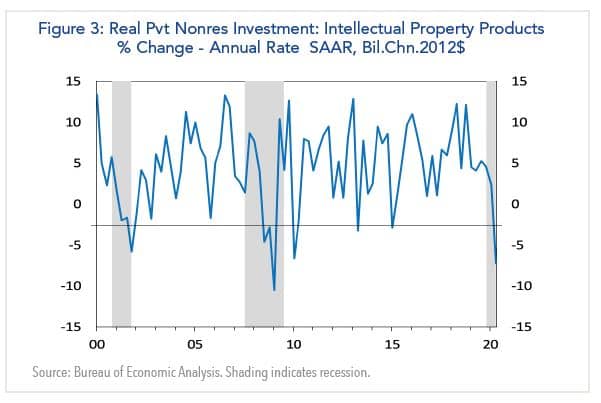 Amid this, U.S. corporations have adapted surprisingly well to slower growth and low inflation. In fact, corporate profits as a share of national income rose to a post-war high in the past decade, partly because wage increases were moderate even as the jobs market tightened.

While this has been favorable for the stock market, the counterpart is labor’s share of national income fell to 57%, well below the post-war average of 63%-64%. In the process, the disparities between the rich and middle-to-lower income groups have become the widest since the 1920s. According to Pew Research Center, middle income households received only 43% of U.S. national income in 2018, down from 62% in the early 1970s.

Should Democrats win the upcoming elections, the challenge will be to alter these trends without sacrificing economic efficiency. While supply-side economists criticize Biden’s tax proposals as lessening incentives for business investment, the past four years have shown that it and the economy’s growth potential are not being driven by tax changes.

The principal reason is the top marginal rate today is roughly half of the 70% rate before the Reagan tax cuts in the 1980s; consequently, tax changes since then have had less impact. In this respect, the economy is operating on the left hand side of the Laffer curve – where tax increases boost government revenues – rather than the right hand side, where they can lower revenues due to disincentives to invest.

A version of this article was originally posted to The Hill on August 13, 2020.

The End of the Dollar’s Remarkable Surge