Meet Our Family of Companies
Our site uses cookies to improve your visitor experience. By browsing our website, you agree to the use of cookies and agree to our privacy policy.
Many investors feel considerable uncertainty about what to do with their portfolios. Weakness in markets can be unsettling, but investors should avoid short-term decisions that may compromise long-term goals and objectives.
By Nick Sargen, Dan Carter, Austin Kummer May 20, 2022
Markets
Share:

The U.S. stock market has been rocked with extraordinary volatility since the May FOMC meeting, gyrating by 3% up and down on consecutive days, and then declining for its sixth consecutive week.

This has left investors wondering what is happening and whether it portends a bear market in equities. As of 5/12/2022, the S&P 500 Index was down 17.5% YTD while the NASDAQ index was in bear territory, down 27.3%.

According to Roberto Perli of Piper Sandler, daily swings of this magnitude have only occurred eight other times since 1970. Three of those instances were March 2020 at the onset of the COVID pandemic, the autumn of 2008 after Lehman’s collapse and during the throes of the October 1987 stock market crash.

The catalyst was the Fed’s decision to raise the funds rate by 50 basis points and Jerome Powell’s acknowledgment that it could make similar moves at each of the next two FOMC meetings. However, much of this was already priced into markets, and the initial stock market reaction was a relief rally that Powell ruled out a 75 basis point hike.

So, what explains the heightened market jitters?

Our take is that after being in denial for the past year, many investors have finally thrown in the towel that inflation is not transitory: They now accept that the Fed has no choice but to raise interest rates significantly to curb inflation. Meanwhile, the 10-year Treasury bond yield has surged towards 3.1%, or double where it was at the start of this year.

The big unknown is how much higher interest rates will have to rise before inflation is brought under control.

Currently, the bond market anticipates that the Fed will raise the funds rate towards 3% by year’s end. However, this presumes that core inflation will also decelerate to about 3%, which is the consensus of the FOMC. If so, real interest rates (after adjusting for inflation expectations) would be around zero.

The risk is that the Fed will have to raise rates well beyond this level if inflation stays elevated—say 4% or more, which is the mean expectation of households in the New York Federal Reserve survey. In that event, the fed funds rate could reach 4%-5% next year, which is not priced into the bond market or stock market.

Another realization for investors is that the primary channels through which monetary policy is transmitted to the real economy are via U.S. capital markets and the currency market.

Moreover, policy could soon become restrictive if markets sell off further and the dollar continues to strengthen. This, in turn, has caused investors to worry that the economy could be headed for a recession next year.

Faced with this prospect, many investors now feel considerable uncertainty about what to do with their portfolios. The former tactic of buying stocks on dips may have worked when the Fed was unduly cautious about tightening policy. But that no longer is the case. Rather, the new mantra is “Don’t fight the Fed!”

Traditionally, bonds have offered a way of reducing portfolio volatility during stock market selloffs. However, returns for holding bonds are also negative this year as yields were near record lows at the start of this year: The U.S. bond market has generated a negative total return of 10.1% this year, and it could decline further if bond yields continue to rise.

Also, while cash offers protection against rising interest rates, returns on money market funds are negative in real terms after adjusting for inflation.

In the past, real estate has been a good inflation hedge. However, as we have noted in a prior commentary, housing may not be as good a hedge today. One reason is that home prices are now less affordable for many Americans due to record home price appreciation in the past two years and nearly a doubling in mortgage rates this year. Another reason is that tax write-offs are considerably less than in the past due to the $10,000 limit on SALT deductions.

Periods of market volatility are often reminders for investors to ensure investment strategies and risk tolerance are properly aligned. Weakness in markets can be unsettling, but investors should avoid short-term decisions that may compromise long-term goals and objectives.

In considering how to position portfolios amid the uncertainty described above, following a disciplined process that balances economic growth, policy uncertainty, and other risks with valuations is key. Constructing portfolios that can adjust as markets change, while satisfying the long-term objectives of the portfolio is the goal.

In our portfolios, we favor a modest overweight to stocks over bonds in balanced portfolios. Risks have certainly increased as the Fed has embarked on an interest rate raising cycle to cool inflation, but we feel the strength of the consumer is a solid foundation for economic growth throughout 2023 and into 2024, making a “soft landing” a likely outcome. Furthermore, valuations have become more favorable amid recent declines in risk assets.

Within bond portfolios, we also favor a modest overweight to risk, favoring sectors such as investment grade credit, emerging markets debt, and certain areas of the securitized sectors over U.S. Treasuries. Credit spreads have widened amid recent uncertainty, and represent value for investors. Interest rates have increased sharply as the market priced in Fed actions. Earlier in 2022, we favored a defensive position in terms of interest rates. At current levels, we are positioning portfolios neutral to the benchmark in terms of interest rates as the risk/reward is less clear given the uncertainties.

We continue to upgrade quality within our equity portfolios and recommend maintaining a balanced approach to style exposures within portfolios. Despite a recent acceleration in the stock market sell-off, downside still remains and warrants caution. The S&P 500 has fallen 20% from its January highs, compared to an average decline during recessions of 33%. If risks materialize, a further 10% drop is possible. Growth stocks appear most at risk from rising interest rates, but many value stocks are also vulnerable.  Investors have pilled into defensive sectors such as Staples and Utilities and valuations have become stretched as a result. As such, we are maintaining a balanced approach and taking advantage of opportunities to upgrade quality and valuation in anticipation of continued volatility. 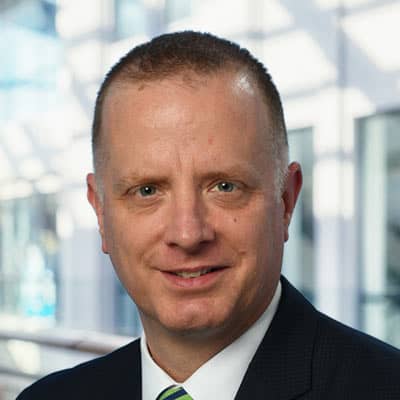 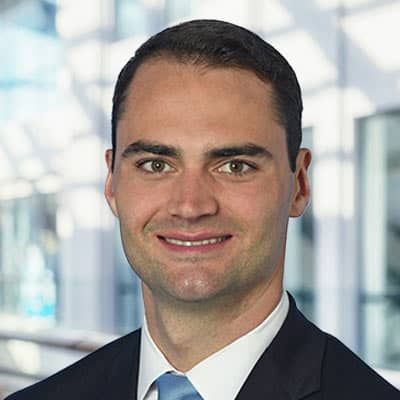